Deprecated function: The each() function is deprecated. This message will be suppressed on further calls in menu_set_active_trail() (line 2394 of /home/aazah/public_html/includes/menu.inc).
Submitted by Dick Kannon on Sat, 09/09/2017 - 13:55 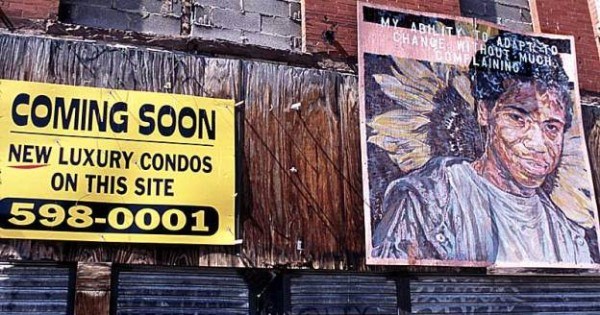 Via Vice Impact: The national tragedy that is Hurricane Harvey brings attention to the often overlooked but very human cost of climate change that increasingly affects the lives of many Americans -- climate gentrification. The physical displacement caused by climate change is on full display in Houston, and has been increasingly happening in the United States. Think Hurricane Katrina, which immediately displaced more than a million people along the Gulf Coast, many of whom were low-income and were never able to return to their homes.

In coastal cities like Miami, waterfront homes have historically been considered a luxurious commodity, which meant low-income communities -- predominantly housing people of color -- have been pushed out to higher ground neighborhoods. Within the city, discriminatory race-based policies such as redlining prohibited racial minorities from taking up residence in these affluent mainly white areas.

Since climate change has made rising sea levels a reality, and waterfront homes are a liability, people are looking to elevated areas as the next residential hotspot. This leads to the displacement of marginalized communities. As temperatures steadily rise, and mega storms continue, the people who are already living in these areas will have nowhere to go as high-end developers start to edge existing residents out of their homes. 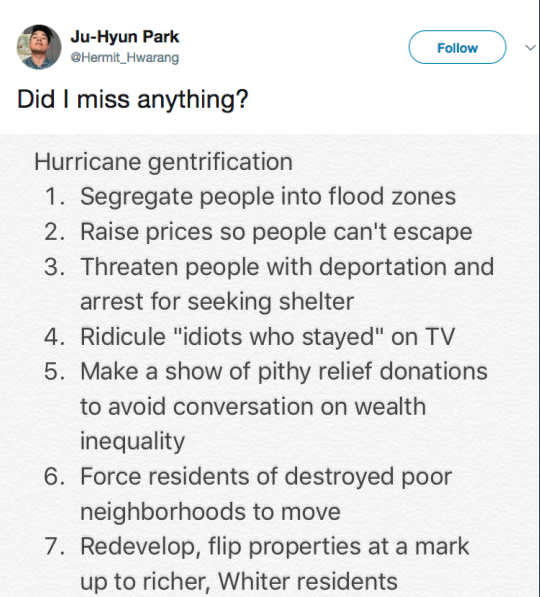